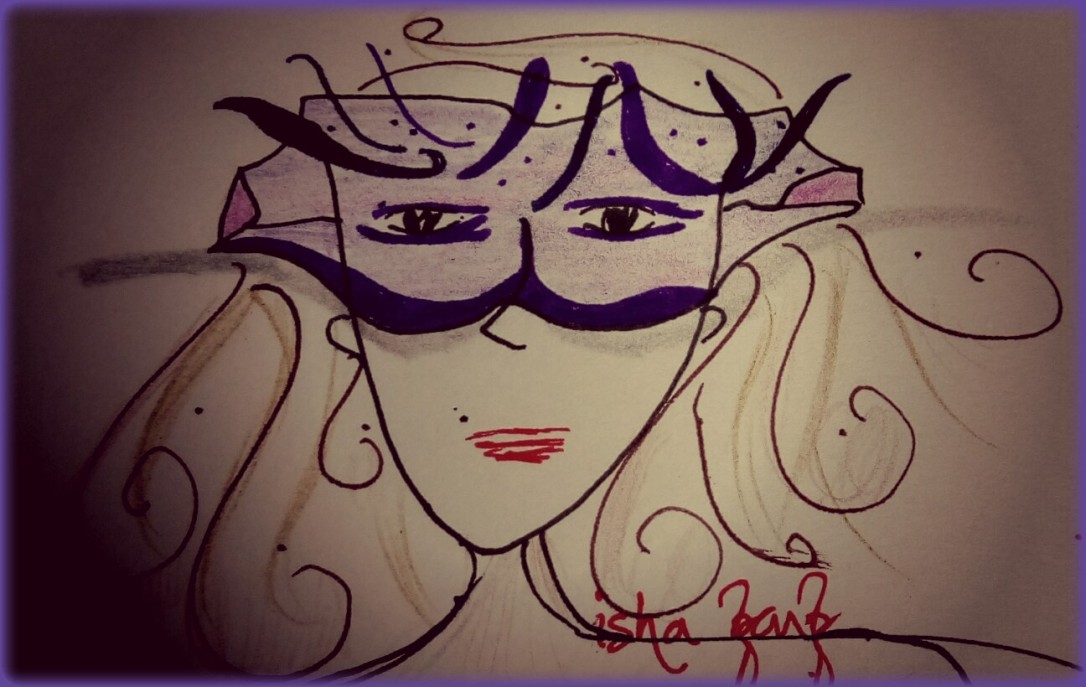 I wonder how man would behave in the ‘state of nature’ so to speak. Although different political scientists and anthropologists and sociologists have had their own take on this, what do you think, dear reader?
How do people behave behind closed doors; in isolation; or in a truly free state; and even then, with everything the social norms have fed us about being civil, does one’s conscience allow one to be truly true to their own truth?

In a world where a healthy discussion on emotions is considered a topic to be allayed or talked about in hushed tones, sometimes dismissed, and thus completely ignored, thereby perpetuating it’s continuance and in most cases, growth; where everyone is always perceived to be ‘great’, ‘good’ and of course, ‘awesome’ – leaving an insular cage for the ones who aren’t ‘great’, ‘good’ or ‘awesome’, one stops to ask, were we really made to be this way?

Does being civilized mean controlling natural emotions; repressing and submerging the inner waves of turmoil that surface from time to time, and then when it naturally floods out, to be labeled unstable, sad and forlorn? And is expressing both highs and lows more vividly and wildly, more truthfully and more primitively – with every extolling moment lived ecstatically and every exacting one in ennui, perceived as uncivil, unnatural? Are people always “supposed to” be a certain way?
What are the boundaries? Where do the oceans part? What marks the distinction between natural and unnatural, civilized and uncivilized?

Today it feels like every facade and every repression is in the name of civilization… so much so that being civil has become akin to being unnatural. No wonder the societies that are more dominant and dictatorial are witness to the most violent rebellions. No wonder the people with the most civil guise are privy to that nagging civil strife within their being.

The more we repress our natural instincts outwardly, the more they affect us inwardly – sleepless nights, nightmares, clenched fists while sleeping – all signs of repressed emotion… Why else would there be so many diseases in the world today?

If only we could cast away the fear and be free from such beliefs, wouldn’t that be true civilization? If only we could let go, let down our hair once in a while – without guilt, mind you – and romp away to glory or have a ball when we wanted to instead of being constrained by judgments, and the fear of the dreaded he-said, she-said- wouldn’t that be natural and raw and pure and beautiful? If only we didn’t consider it wrong and unacceptable to ‘stop and smell the roses’ in this rat race, wouldn’t that be true freedom?
In our hearts and in our core, we all come from a place of love and goodness, which is distorted and contorted to conform to the rules that suit the powers that be- whether at home, or in the workplace, or in life, in general. We need to break free from these banal, barricading beliefs that we succumb to in the course of action, and truly listen to our natural instincts.

Life isn’t as complicated as we make it. Loving isn’t weakness, caring isn’t baggage, sadness isn’t depression, boredom isn’t a disease, a happy person isn’t necessarily childlike or carefree, a tranquil person isn’t always indifferent. Everything, every emotion, does not require a label. You can be what you want to be without reading too much into it. Everything is fleeting and temporary and susceptible to change. And so are you and your feelings. Be unafraid of being unafraid.

And remember, sometimes, it’s okay to laugh with abandon, to cry in pain, to pat your back, and to not care.

I am all ages, The timeless sea; One with nature, the breeze and the trees. Sparks of fire are the soul of me, I'm all that was, is and will be.© Author of "Dark River - a deluge of poetry". Instagram @ishaismsblog View all posts by Isha Garg